My Spelling Bee Experience - How My Life Got Changed!

In elementary and middle school, I participated in several spelling bees; with them came studying spelling bee words, spelling bee practice and the ever fun spelling bee quizzes. My Spelling Bee experience is quite interesting and I believe you would find my story quite fascinating.

I know that all that sounds boring, but it was exciting.

It was a way for someone like that me that was not so athletic to compete at something and win.

Most of all, it was a learning experience that has helped me in every endeavor in life since.

Into The World of Spelling!

Amazingly not many things stick out from my third grade year except that I did not have many friends nor did I particularly like my teacher.

She also entered me in my first spelling bee.

Back in those days, our school was holding its first spelling bee ever.

So, it was open to anybody that wanted to enter.

I have to admit I had no clue what to do, how does one prepare for a spelling bee?

For a third-grader, it was a daunting challenge. mainly, because I had to go through some hard words for the practice.

Especially considering I was entered right before Thanksgiving break with the Spelling Bee scheduled for when we returned.

So what would any third-grader do in that circumstance who is looking for spelling for grade 3?

I spent the entire week of break reading the dictionary.

You read right, from morning to night I looked at word after word, looking at how they were spelled.

That Monday we came back, the first group of forty students was assembled in the library.

We were told that the top twenty of our group would go to the next round that would be held in front of our parents after Christmas Break.

The First Word - The First Practice

As I owned that spelling, I was pumped! I used a mix of adrenaline and excitement to get me through that round.

I was one of the twenty in that group. It was the first time that I had succeeded in any competition in my life, ever.

My Christmas Break was wonderful.

I still cannot tell you what I got for Christmas that year as I spent the entire break reading the dictionary again.

I was sure that doing it over Thanksgiving Break had helped in the first round.

It would help with the next round.

Finally, the next round was held in the cafeteria/auditorium.

It felt good to be sitting on the stage with 39 other students.

I knew that my parents were in the audience, I wanted to win, and I felt I could win.

The Bitter Moment of my First Spelling Bee Experience!

We were told that the top ten students would go to a district-wide spelling bee that would represent our school against the other three elementary schools in the district.

We went through the first round and lost about 8 students. The next round took the group down by another 5 students.

The next rounds slowly whittled the number down to just 15 of us.

I felt both confident and terrified.

Then came the word, “weight.”

I was sure I had it. After all, everyone said “I” before “E” except after “C”

And with that one mistake, my first spelling bee was over.

My elation became a knot in the pit of my stomach.

Disappointment haunted me for the rest of the weekend.

How I Got Back Up? - The Success Mantra!

That next Monday, I moped in the library and the librarian asked me if I knew why I lost.

I said because I am a loser.

She had a few words for that.

She said that I did not prepare enough if I wanted to do better next year I needed to be ready.

I told her about my dictionary reading.

She said that would improve my vocabulary, but not necessarily my spelling.

She said that usage and practice was needed.

I loved baseball, so she told me that Nolan Ryan did not read about pitching, he pitched to improve. He worked his muscles.

My strategy was exactly the same!

I needed to actually practice spelling.

From that day on I was in training.

I read any book I could get my hand on to absorb to see words over and over again.

As I wrote, my writing skills got better. I think my skills as an author and a speechwriter was honed in those years.

I began by copying entire pages of text down.

My homework saw me writing the question and the answer.

I checked out books on spelling bees.

I found lists of words that were commonly used in spelling bees.

So I began writing those down.

Over and over, till I was able to spell them in my sleep.

Then I started writing for myself.

I kept a diary just to practice my spelling.

Summer saw me doing much the same.

I would bicycle to secluded spots in my town with my notebook and just write.

Books were my pals in these sessions.

I think that I spent more time outside that summer than I had ever before.

Success Comes Right After the Fall!

I never really paid that much attention to it, I was interested in something more interesting.

Finally, the next spelling bee came around.

I felt like Rocky Balboa climbing in the ring.

The format changed a bit for this second year.

It started in the classroom.

The top three in every Fourth Grade class would advance to the next round in the Library.

It was held the Friday before Thanksgiving.

I breezed through it.

I was both elated that the first round was so easy, but worried about the next round.

But, the next round likewise was a breeze.

I was in the top twenty.

Christmas that year was a replay of Thanksgiving.

I was on Cloud Nine.

I was eager to tackle the next round but worried of being eliminated again.

My diary saw pages of free writing using as many words as I could.

I went through stacks of paper practicing words I was expecting to see.

I breezed through and into the top ten that would represent Bancroft Elementary in the 1986 Spelling Bee later that month.

I remember that day, it is forever etched into my mind.

I do not remember it just for the events that night at the High School.

Auditorium for the spelling bee.

But for the events of the day.

I grew up loving Science Fiction, and Space related items.

My 4th-grade teacher to this day is one of my favorite.

She was an early pioneer of TV in the classroom.

She thought that for science that day, watching the Space Shuttle Challenger lift-off and then learning about Newton’s Laws that allowed it to launch was a perfect lesson.

I still remember that second that I saw the Challenger explode.

It was the defining moment of my generation.

That night was subdued.

We had a moment of silence for the seven astronauts.

Then the contest began.

In my mind, I was fighting for their honor.

Every word I spelled right was for them.

I was so wrapped up in each word, in making sure that I was spelling each word right that it took me a few minutes to realize that the number of contestants had whittled down to 5 students and I was one of them.

Then it was down to me and one other student from another school.

He misspelled his next word.

I felt victory within my grasp.

But the rules were, if I misspelled my last word, he would have a chance to go again.

I misspelled my word.

So now if he misspelled his next word, and I spelled mine right, I won.

If He spelled his right, I would need to spell mine right to stay alive.

To my chagrin, he spelled his right.

To my horror, I got “geographic.”

I love anything to do with maps.

But till this day, because I misspelled it back in 1986, I have a problem with the word.

But I had been a finalist. In the first time in my life, I had achieved in an endeavor.

My Vision Changed - A New Me Was Born!

Suddenly, I felt that I had the ability to try anything.

I admit that I was no good at it, but I tried.

Then, I went into scouting.

I made it to the boy scouts.

That first taste of a spelling bee taught me valuable life lessons.

It taught me that practice can accomplish anything.

That working hard was important to success.

That I had it in me to be successful.

Unfortunately, in my High School years, our district would not offer them.

I made it to the last round every year and actually won my 7th grade Spelling Bee.

To this day, I think that my librarian so many years ago made me the person that I am today.

She had confidence in a lonely boy that had no friends and no direction. 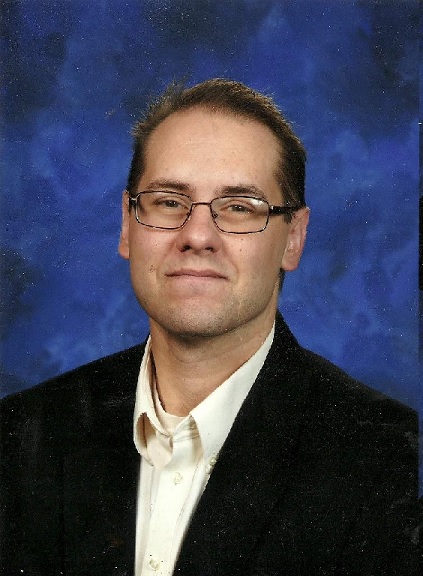 Michael Cole is a political activist and writer from Texas.

He spent several years in education and business management before pursuing elected office. In fact, he was a Democratic nominee for Congress in 2014 and 2016. Currently, he writes political pieces under his name and science fiction under the name of Miles Kohl.

He has been married for 16 years and has 4 dogs.